It's been an awful long time since I have been posting... work and a truly rotten season, due to facade renovation works, which brought my plants to the verge of mere survival, have kept me away from my appointments with you, my virtual gardening friends!

Now, a couple of days before holidays, things have become a bit more relaxed and I can dedicate time to my writing.

So, do you know the Bugle Lily? The first time I have seen Watsonias, those truly beautiful South African plants, has been at the Barcelona Botanical Garden. They were planted in fat clumps on a mild slope and the sight was really of the most lovely. The blooms in shades ranging from white to dark pink were forming generous bunches. 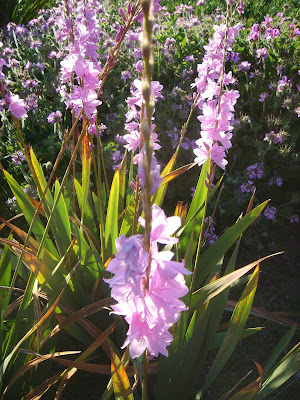 Watsonias own their name to the 18th century British botanist, Sir William Watson and are a member of the iris family.
Though endemic in the South African fynbos, they happily adapt to the Mediterranean climate, but some can cope with a wider range of conditions, mainly continental climate with summer rainfall. . An easy and uncomplicated perennial, the Bugle Lily has been neglected by mainstream nurseries to favor the much better known Gladioli for reasons which I honestly don't understand. Their erect growing habit, not needing any staking or support makes them a far better acquisition to any garden, unless you dislike plants that bloom without fuzz for weeks on! 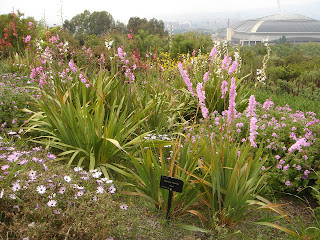 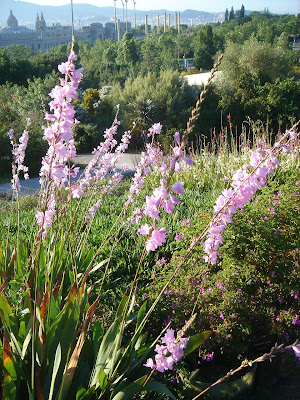 The species grows from corms. It is dormant in summer and grows in winter, which is the rainy season in its native habitat. It has tall strap-like leaves growing in a fan arrangement. It may grow up to two metres tall.
It flowers for up to 4-5 weeks in spring, which makes it a really interesting plant for perennial borders. 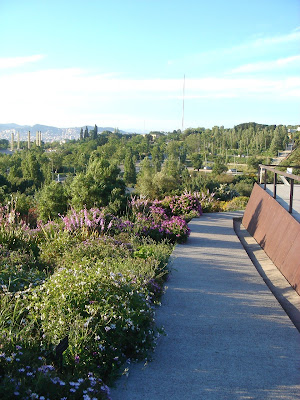 The most commonly cultivated species is the pink-flowered Watsonia borbonica and its white mutant 'Arderne's White'. These were crossed with Watsonia meriana and other species in the early 20th century by breeders including John Cronin in Australia and Luther Burbank in California to produce a wide range of cultivars. 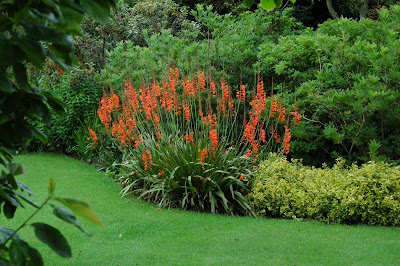 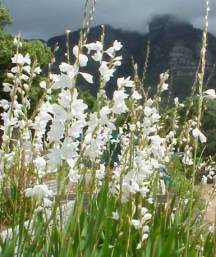